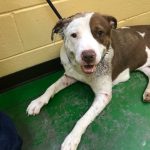 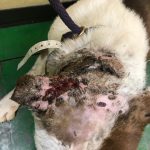 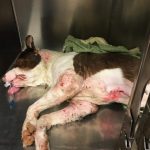 In June of 2018, Animal Welfare Friends learned about a dog named Liam. A pitbull terrier mix from Memphis, TN, Liam had been found as a stray in pretty bad shape – he had an embedded collar in his neck and multiple wounds on his body. Rescuers think he may have been used as a bait dog.

Instead of being euthanized, Liam was pulled by Brittany Rescue and underwent surgery where they treated his injuries and found a bullet in his chest. Despite his trauma and pain, Liam remained a sweet, loving dog, winning the hearts of anyone who met him. 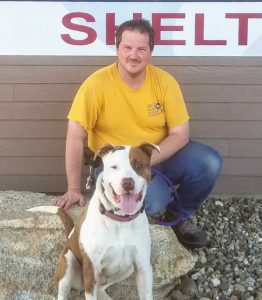 Animal Welfare Friends decided to help fund Liam’s treatment and find him a forever home. But first, he had to get from Tennessee to Iowa! After Liam was given the all-clear from vets, arrangements were made with Pilots ‘N Paws to fly him to Iowa. However due to storms and other transport commitments, Liam ultimately traveled via ground transport instead.

Volunteers put in the hours and miles, and on July 7, 2018, Liam finally arrived in Monticello, IA. David Boehm and Nicki Stockman, who made the final leg of the trip, said Liam was a perfect passenger.

Liam now weighs a healthy 80 pounds, and vets think he’s about 3 years old. You would never know this big guy had a tough start in life –Liam is energetic, affectionate and funny. Since arriving at the AWF shelter, our volunteers have fallen in love with him, and we are all looking forward to the day he finds his family! 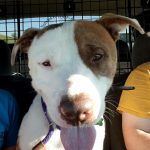 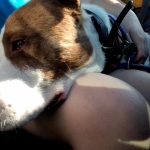 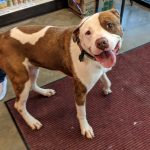 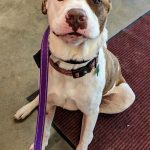 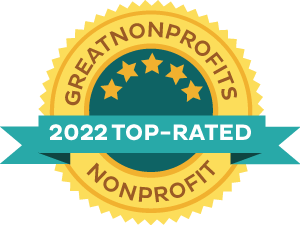 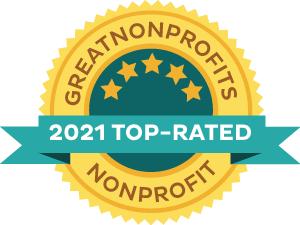 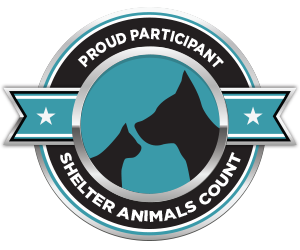 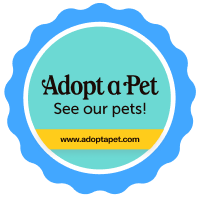